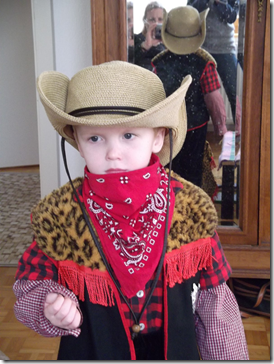 Hermes turned five! We celebrated the Saturday before his birthday. He invited five of his school friends over. 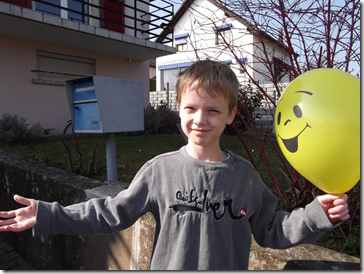 Welcome to the party! Apollo was the greeter. 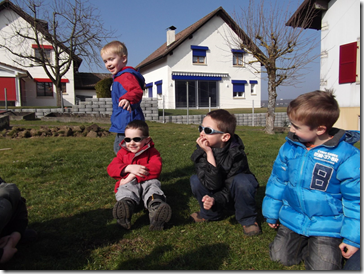 We played Duck Duck Goose, and the Clothespin Game, which involves dropping a clothespin into a jar while standing on a bench. They were both a hit. 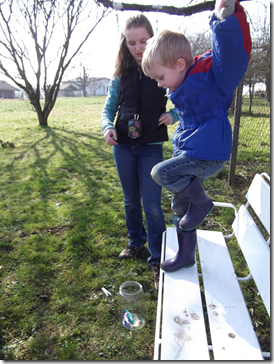 Then we blew up some balloon swords. 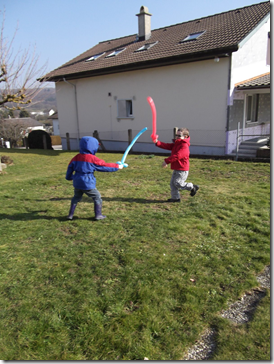 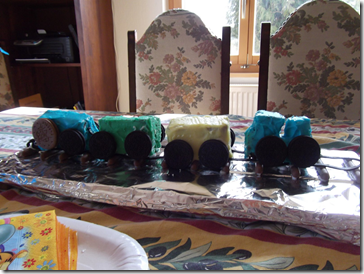 Hermes requested a train cake, so we made an engine, and hooked it up with some train cars. 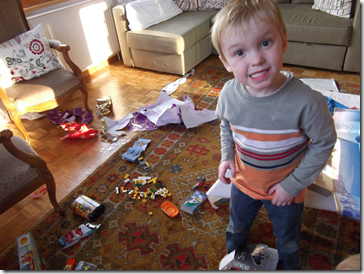 Apollo and Hermes quickly started putting together all the presents that Hermes received.

That evening we had a little family party, so we reloaded up the train with extra cars. 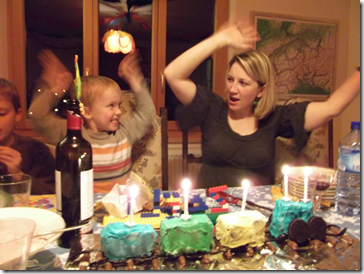