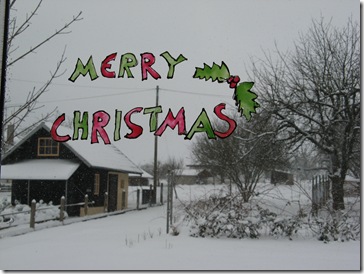 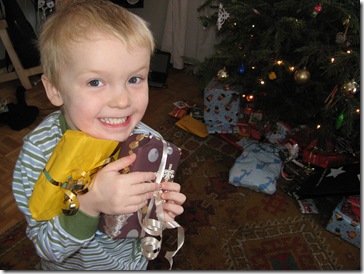 The moment we’ve been waiting for. 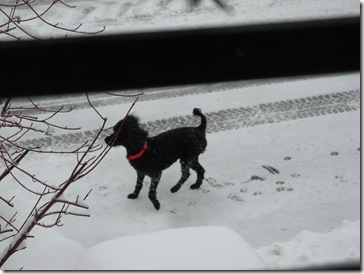 It snowed all day – one of the few times we can see Bella clearly. 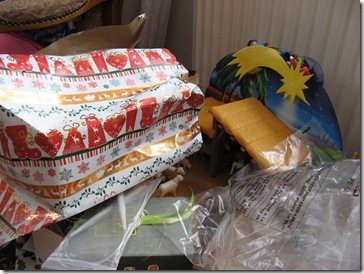 Not long into unwrapping, we had nearly buried our Playmobil Nativity. I worried that this was symbolic. The kids groaned, “Oh, Mom!” 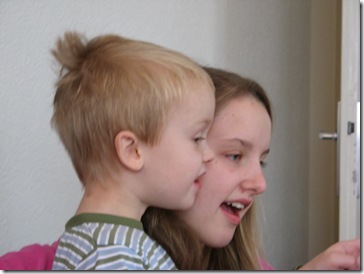 Herme’s was sporting one of the finest rooster tails that I have seen in a long time. Worthy of Christmas Day! 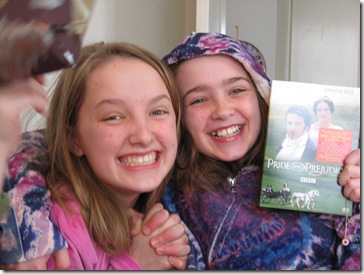 Uncle Chip and Aunty Janet sent us a fun package containing among other things the original BBC/A&E Jane Austen’s five hour long Pride and Prejudice !!This was the girls’ reaction. 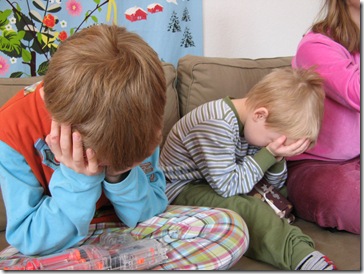 And this was the boys’. 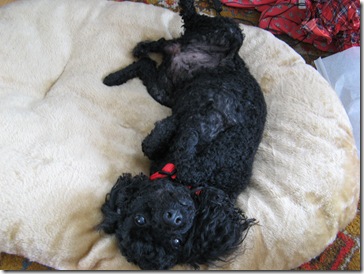 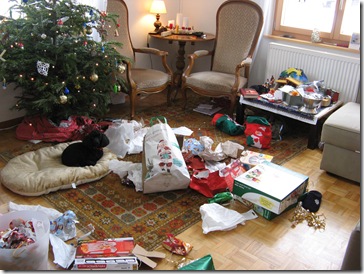 The detritus after the storm. 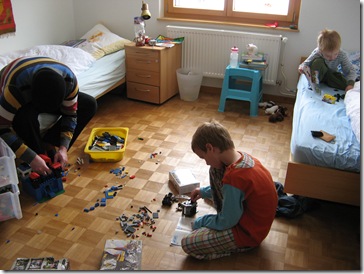 A little while later in the boys’ room. 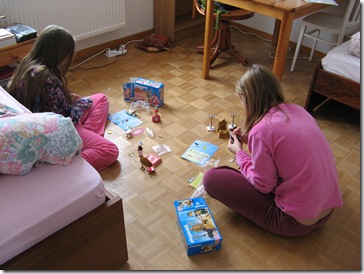 And in the girls’. 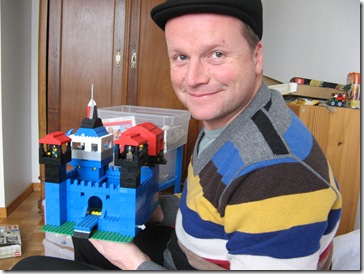 ‘What I did on my vacation.’ 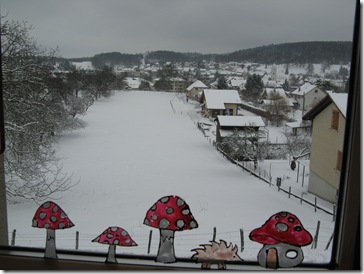 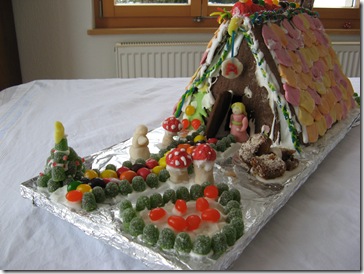 Our Spelt Gingerbread House! Artemis used her Swiss geometry skills to design a house pattern, and we all had fun on decorating it on Christmas Eve. Notice the Christmas tree, snowman, goldfish pond and mushroom patch. 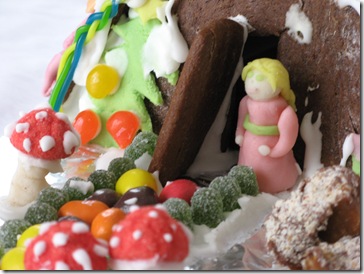 The Marzipan Lady of the House – made by Artemis 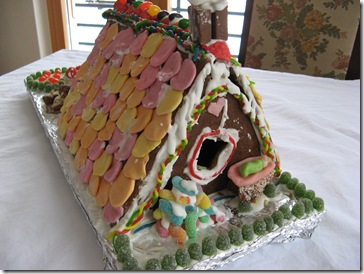 The backyard. There is a marzipan baby sleeping in a cradle on the toffee bench. No munching until after Christmas dinner! 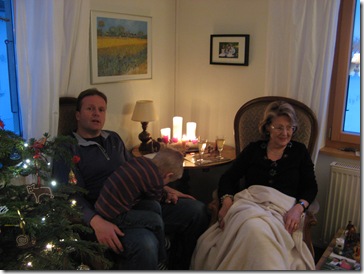 In the afternoon Tata and Popop joined us for a festive Christmas dinner of Chinese fondue. 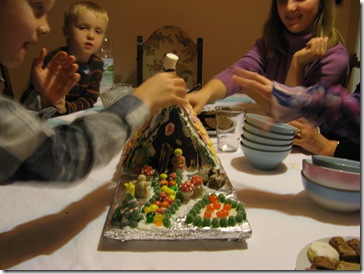 And then it was open season on the house. 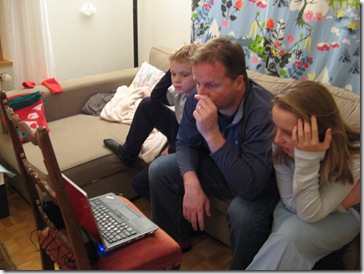 Later that evening, we had a Skype visit with our cousins 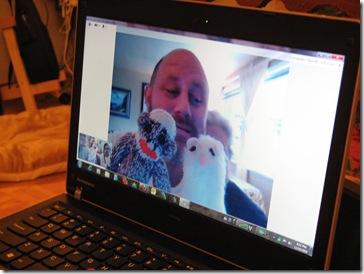 and with Uncle Chip and Aunty Janet who put on a Christmas puppet show. 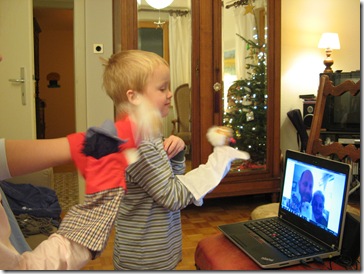 …and we responded in kind. 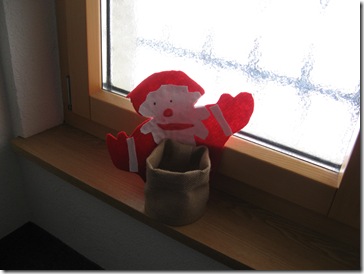